Further competition news (ie, one cock up and its solution) and I invent the Yorkshire Cream Tea.

All right, stop that cheering, I know you're only doing it sarcastically.  I'm actually brushing up my new submission, 'I Don't Want to Talk About It', doing its hair and pulling its socks up and spitting on my hanky to wipe its face, that sort of thing.  And it is surprisingly time consuming so I shall not be lingering here for too long, so the last person out of the blog please pull the door firmly shut and make sure the security hedgehog is in place before you go.
And, in other news...

To anyone who has entered my competition to win advance paperback copies of Falling Apart, a bundle with Vampire State of Mind and a Vampire Weekend CD..
..I have an apology to make.  For some reason this blog has taken a huge dislike to people trying to comment.  Seriously, it's been going round to their houses and threatening their cats, hiding in their sheds and jumping out on them when they've just got out of the bath...it's been terrible. So, may I put forward a plea for anyone who wants to win said prizes (which are very nice) to email me their ideas of what an alternate universe should have or not have (ie, for me it's chocolate and wasps, but I am open to all suggestions. Let me know how your life would be improved by the removal of...for example Simon Cowell or cardigans...) E mail is being kind to me and not trying to kill me or anything, so get in touch at janelovering@gmail.com.

Also, I have had an idea.  You know cream teas, right?  How Devon and Cornwall have the whole scone, jam cream thing?  Well, I have decided to put forward the Yorkshire Cream Tea.  A Yorkshire pudding, nice and crispy and hot, filled with a little knob of jam and a teaspoon of cream....

Well?  What do you think?

In my infinite wisdom (and it is pretty infinite, although there are parameters like maths and opening jars, so I suppose it's not really completely infinite, more like a bit infinite), I am offering you a competition!

It's all right, you won't have to pull lorries with your teeth, I learned my lesson last time, who was to know that dentistry was so expensive when it came to reconstructing entire lower jaws?  And neither will it involve bucking broncos, learning Latin or anything involving throwing things over other things.
Apparently, getting my readers to do this in order to win books is frowned upon. Huh.  This is my 'tutting' face.

So. Prizes are as follows:  Two lucky people will win a paperback of my latest in the York Vampires series (it's book 2, you haven't got that far behind..) Falling Apart, which isn't actually released in paperback form until 7th of June, so you could be ahead of the trend here.

And!  One very lucky (or maybe skillful, let's not rule out an element of skill here) person could win a little package of goodies - a copy of Vampire State of Mind, Falling Apart and a copy of the award winning Vampire Weekend CD, 'Modern Vampires of the City'.  It's very good. 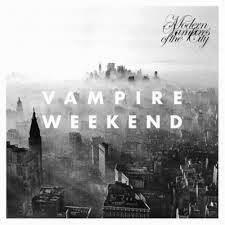 I may even throw in some fangs.

And what do you have to do in order to win these wonderful goodies, I hear you cry?  Well, it's more of a sob from where I'm standing, but I am prepared to believe you just have something stuck in your throat...

Well.  You may know, in my books the vampires, zombies, werewolves etc have come through to our world during a magnetic flux which has caused several dimensions to touch.  What I would like you to do is to leave a comment somewhere.  This blog is being particularly stubborn on the 'leaving of comments' just at the moment, so try Facebook or Twitter (where I am @JaneLovering)  and your comment should tell me this:  If it were possible to travel to another world, like this one but slightly different, what kind of world would you like to travel to?  What would be the same and what would be different?

Personally I'd pick one that had chocolate but no wasps, but that's just me.

So, go on, have a go!  You might just win your summer reading and listening!
Posted by Jane Lovering at 11:36 1 comment:

Falling Apart is now available for Kindle, and Thor comes round to pee in my garden. Possibly. Plus, Loki - cream cheese, or buttercream?

There were Things this week.  Things that Happened.  Which are not like the usual Things, which sort of whizz past in a blur, slowing down just long enough for me to register their Happenings vaguely, like paying the milkman or going shopping; no, these were proper Things, whose Happenings deserve at least a moment's pause.

Chief among those Happenings, was the release of my book, Falling Apart, for Kindle (other reading devices are available and, I am led to understand, also have my book).  It looks, should your short term memory be failing, or your Year Living At the Bottom of a Bucket documentary filming have just come to an end, like this: 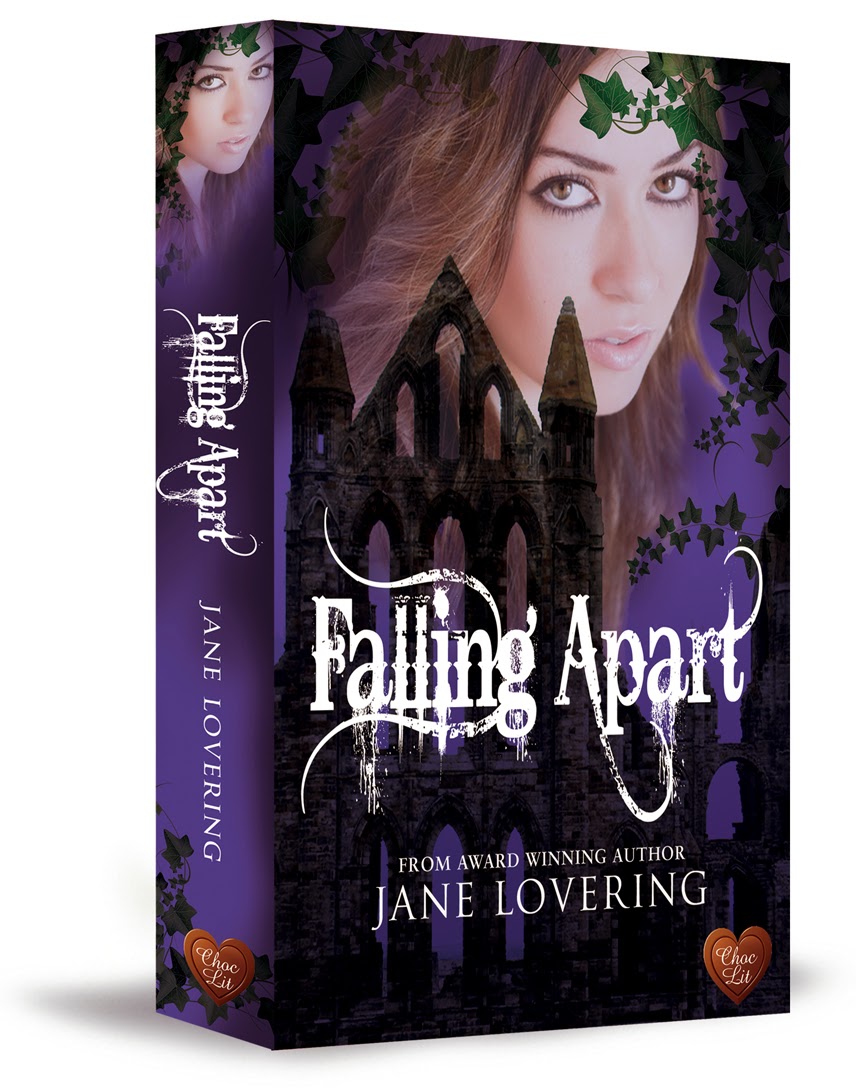 And not to make you feel guilty or anything, I've got bills to pay, so...you know, go on...

I will be doing Competition-type things to win a copy of Falling Apart in paperback, along with a copy of Vampire State of Mind to which Falling Apart is the sequel, and a CD of Vampire Weekend probably next week.  That, as Slartibartfast once said, is a sort of threat....

It was seen off into the world with a bottle of Prosecco.  And then other things happened, but I was lying on the floor and giggling by then, so I'm not sure what they were.  There may also have been a torrential rainstorm, or it could have been Thor coming round to pee in the garden, but, you know...giggling...so, not sure on that one either.
I like to think that should Thor actually pop round, for urinatory activities or a cup of tea and a HobNob, I would be more interested in questioning him about the logistics of carrying a hammer that no-one else can wield than feeling his muscles.  I think he and I might have quite a lot in common, because I seem to have a Hoover that no-one else can wield.  It's not quite as impressive, and it probably won't win many fights, unless some aliens come by for a big Hoover-Off, but at least it means he and I would have something to talk about. Perhaps he could give me some tips - you know, along the lines of 'With Heavy Electrical Item Usage Comes Great Responsibility' or something.

And if Loki feels like coming as well - I am sure I can find something to chat to him about.  He looks like the sort of god who has a deep and abiding interest in cookery, with particular reference to cupcakes and banana bread, and we could spend many happy hours exchanging recipes.  I would also very much like to hear his views of icing.  I don't know about you, but to me Loki seems to be more of a cream cheese and icing sugar god than one who goes for the heavier buttercream frosting... 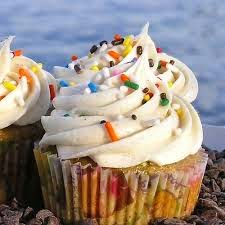 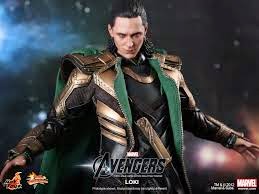 Come on, I cannot be the only person to see the correlation here....

Falling Apart is Coming Soon and your withers may well be wrung. There are also biscuits.

My new book will be out soon.

I'm at that nail-bitingly nervous stage, like the one you go into a couple of weeks before a baby's due date - 'will everything be all right?  Will I scream and swear and generally show myself up in public?'  Not that showing myself up in public is generally a fear of mine, I can show myself up without even showing up, if you see what I mean.  I've managed to disgrace myself at Twitter online parties, which are virtual and not even real and I STILL managed to find myself underneath the table with an unconscious waiter and an unknown sporran!

So, I am awaiting the appearance of my latest with some trepidation.  This is the first time I've written a series - with an attention span like mine, trying to keep characters and histories in my head for long enough to write sequels is a bit of a bath sponge Christmas present.  And then there's the flannels...

What?  Where was I? Oh yes. Panicking ever so slightly about how everyone is going to feel about going back into my alternative York, where vampires and zombies are a matter of daily life, and where my heroine, Jessica is trying to sort out how she feels about being the girlfriend of the City Vamp, the very dashing and gorgeous, if somewhat old-fashioned Sil.  The others are there too, Liam is still trying to run the office, despite Jess's complete disregard for the alphabetical nature of filing, he also guards the biscuits.  Zan is still keeping order on the Vampire side, wearing gloves to handle loose change and resisting eye contact with everyone, and Rachel is still trying to forgive Jess for killing her a bit.

This time the human government are Up To Something, Jess faces a family crisis and the Britain for Humans bunch of bully-boys have decided to take against zombies. ("They're stealing our jobs and our women!" To which Jess replies, "The only jobs the zombies take are the ones where the main qualification is Already Being Dead, and I think most girls would rather go out even with you lot than with people who are largely held together with Araldite."  She's got sass, our Jess...).

Oh and something really terrible happens to Sil...

Falling Apart is the middle book of the trilogy, one which tidies up the ends from the fallout from the first book but builds up events for the final book.  And, despite the fact that I've got other books currently trying to vie for pole position in my head already... I keep getting flashes from this third book breaking through from whichever world books exist in in potentia.  Armies in the streets, our heroes hiding in a hut on the moors, one of them gravely ill....

So, anyway.  I'll just go back to biting my nails and hoping that everyone buys Falling Apart, and that everyone enjoys the story when they do.  I am, after all, in the entertainment business, so I want to write stories that will wring your withers (no, I don't know how you do that either.  Withers are, as far as I am concerned, pretty much a fixed event) 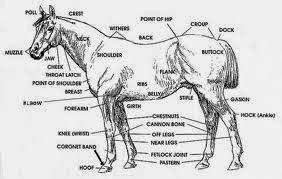 but I want you to enjoy yourselves whilst your (purely metaphorical) withers are being wrung.  So there's a lot of laughs in there too (at least, I giggled like a loon, but I realise I am hardly a typical audience).

I'm off to worry now and think about Days of  Future Plots.