In ten days, How I Wonder is a paperback.

Although, I'm sure it is actually a paperback already, hunched in a warehouse somewhere, flexing its talons and poised to be unleashed, I mean, it doesn't become 7th of May and suddenly machines somewhere are rattling like my house doors when the wind is in the west - it must already exist in its paperback form. Out there. Somewhere.

So. How I Wonder What You Are is rousing itself, fluffing up its feathers and preparing to fly.  Well timed, actually, because it's mostly set around this time of year, when spring is beginning to spring and yet has a nasty tendency to uncoil itself and poke you through the mattress of life with a harsh bout of winter again. This is particularly noticeable when you are somewhere like the North York Moors (coincidentally, where I live and where How I Wonder is set... 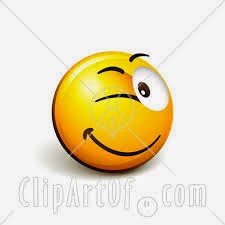 On Thursday I was wearing a t shirt - yes, it's all right, I had pants on and everything, I checked. Twice, just to make sure.  Today I am wearing a t shirt, a fleece and a bodywarmer. And..oh, whoops, hang on a minute...there, that's better...fleecy lined walking trousers. One day it feels like the middle of summer, only with less wasps, and the next my fingers have gone blue and I am cuddled up to the radiator with my paw over my face. Or that could be the cat, but the principle is the same.

So, bits of How I Wonder are very true to life, like the cold and the snow broken by days when it's all birdsong and gorse, and although Molly rides her horse, Stan, over the moors, I did edit out some of the more..umm, earthy things, like the fact that when you canter over the moors in a cold wind, you leave a trail of snot behind you that could, on a foggy day, be used to track you.  Because no one wants to read that kind of thing, do they?  I know I write realism, but there's realism and there's trying to find somewhere with enough cover to do a wee behind, crouching behind a bush, and realising that, on the other side, is a main road... 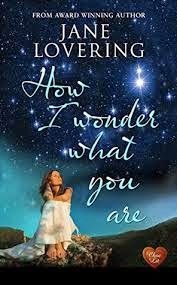 It's very pretty. And guaranteed wee-free...

Starting a new book v Planning a Party. Very similiar, but with less... well, no, balloons in both cases.

Starting a new book is, it now seems to me, exactly like planning a party.  Well, almost exactly, in that when I start a new book I don't often have to worry about how many bottles to get in, or balloons, or things like that, but in other ways, surprisingly similar.  Although, now I come to think of it, I quite often need a few bottles in when I'm writing... and actually, sometimes balloons, so I stand by my original comment.  Or maybe it's just that planning anything is like planning anything else, I don't really know, since I am to planning what cats are to astrophysics..

So it's just as well that the party has a co-planner.  This 'party' which I am bandying about so recklessly, is the North's contribution to the RNA party-season, an Afternoon Tea party which we are hosting in York Guildhall on 5th of September for RNA members, friends, general hangers-on and anyone who likes romantic fiction and a really good scone. 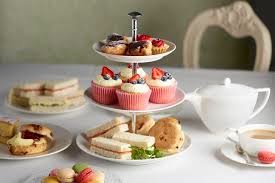 My co-planner, Lynda Stacey, is very organised.  She does the lists, the printed sheets, the tickets, the spreadsheets, the forms... while I have cornered the market in nodding, smiling and putting things in a post box.  Sometimes I even let go...

And, I have discovered, the writing world is divided into those who plan and those who nod, smile and do the writing equivalent of putting things in post boxes.

I have friends who plan their books to the last detail.  They have flip charts and whiteboards and index cards and colour co-ordinated pens and Post-Its.  They have files on their characters' backstories and pictures stuck on boards that remind them how their characters look.  They do timelines separate ones for each character, to make sure that everything works out...

And then there are those of us who nod, smile and worry unneccesarily about balloons. I have yet to actually plan a book.  I start out with a couple of characters and a situation, and some kind of vague idea about a couple of scenes that may or may not happen somewhere during the book.  From there, I sort of throw myself at the story, flailing my arms and legs and flinging plot lines up into the air, until everything comes down in an order that makes some sort of sense.

And then there are balloons.

So, when people ask me how I am going about planning the book I am just starting now, I nod, smile and refer them to party planning in the hope that they won't ask me any more awkward questions.

Now, if you'll excuse me, I have to get on with my WIP (currently titled Living in the Past) and, co-incidentally, eat four hundred egg sandwiches, which seem mysteriously to have arrived... 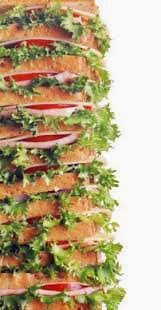 Holiday Trousers - like ordinary trousers but with more 'give'.


After last week's computer-aided fiasco, this week I am back to as nearly normal as I generally get. 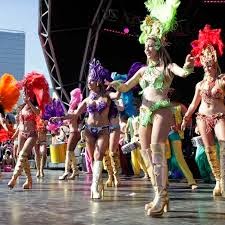 This is a picture of a fiasco.  Or it could be a fiesta, I forget, but anyway, this is what my computer was doing.  It even had the boots and the headdress, and it was all very messy.  It's stopped doing it now though, after I had a stern word, and hid its sequins, so business is very much as usual chez Lovering.

Because it was the Easter holidays I hid in a small room behind a large keyboard and did words.  This is what counts as a holiday in my house; you could tell it was a holiday because I had my special 'holiday trousers' on, which have a loose waistband in case the holiday comes complete with four course dinners.  It didn't, but I had the trousers on just in case; there was some chocolate, so they weren't totally wasted.Or waisted, I suppose. 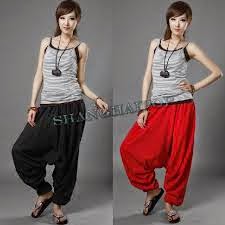 They're sort of like this.  Only, my bottom goes all the way down, if you know what I mean. Gravity. Sigh. It is not your friend...


Where was I?  Oh, yes. Working.  So I finished Crush (the one about the tea shop) and I've started a timeslip book now, which is a double timeline, with one being set in the present day and one being set in the Bronze Age; I'm getting set for How I Wonder to come out as a paperback (7th of May, not long to wait now), and am awaiting the edits for I Don't Want to Talk About It (the one with the hobby horse).  Tomorrow I go back to the day job.

So, right now, I'm going to have a long lie down, adjust my Holiday Trousers, and possibly eat this last little bit of chocolate that's lying around the place.  Oh, and finish setting up my Critique Business....
Posted by Jane Lovering at 17:58 5 comments:

Okay.  I'll make this quick, because I don't know how long I've got... (checks over shoulder)...  So listen very carefully, I shall say this only once...

There is something very wrong with my computer.  I think it might be spying on me or something.  At least, it's working very...very slowly, and I usually only do that when I'm looking at something else at the same time.  Fairly sure my computer isn't checking out eBay for trousers at the same time as working - although, new thought, maybe it is!  Maybe it's trying to sort out an entire new wardrobe when it should be head-down and ploughing through the WIP for me...

So.  I suspect that, at the very least, it is passing my secrets on. I'm not sure who it's passing them on to, I mean, my mouth wasn't cut out for keeping secrets, it's barely connected to my brain at the best of times, so I don't really have any.  Hmm.

Anyway.  It's Easter, in case you'd missed the last six months of chocolate eggs in the shops.  And, at least from where I'm sitting, it's looking fairly spring-like out there.  The grass is growing and there is frog spawn in the pond (into which the puppy fell, in a comedy moment that made me wish I'd been recording it, because £250 would come in really handy about now).  I'd put a picture of an Easter egg in here normally, but because it would probably take my computer about ten minutes to download, I don't think I'll bother.  In ten minutes I would have forgotten what I was doing and wandered off and you'd have to come and drag me back from my perusal of the daffodils or something, and I'd get all cross and probably bite you.

To me, Easter means one thing.  Well, several things really - my trousers are going to be a lot tighter, I am not going to be able to look at a box of Maltesers for a while, and the whole house is going to smell of singed lamb, for starters.  But mainly, it means that there's now less than a month before How I Wonder What You Are (if you could imagine the book cover here, I'd be grateful. It's all blue, with stars in the sky and a lady sitting on a rock staring wistfully upwards. It's very nice) is out in paperback!  Yes, you will be able to hold it in your very hands!

I'm quite proud of that book.  It has, so far, got eleven Amazon reviews and all of them give it five stars, which is quite apt really, if you think about it, with all those twinkly stars on the cover.  I love the hero, Phinn, who is archetypically Beta-Male, and the horse called Stan with whom, as someone put it, he has a bromance.  It also contains an evil tent, an equally evil septic tank, the colour purple (as worn by Phinn in a ladies' trouser suit) and the phrase 'a fetishistic Prince Charming'.

Right.  I'm going to try posting this now.  It will probably arrive in time for Christmas...
Posted by Jane Lovering at 12:40 1 comment: