Oh dear.  I have a small confession to make.

I don't know much about wine, but I have friends that do.  No, that's not the confession, I mean, lots of people have friends, it's not something one generally has to confess to. Unless one has friends of a Dubious Nature, which you don't usually confess to, so much as just pretend that you really believe their story of being given a car that someone didn't want any more.... Anyway. I have friends who Know About Wine.

One of those friends was kind enough to give me a bottle for Christmas.  I left it sitting on the worktop on Christmas Eve whilst I went to work...(no, you don't know where this is going; besides, it was red wine and nobody in my family really drinks red wine apart from me.  And I don't so much 'drink' it as...well, you've all seen sword-swallowers, you know how it goes).  So, anyway.  Picture the scene, if you will.... 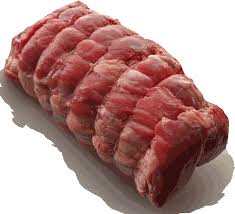 It looked a bit like this. Before it was cooked, I mean, we didn't sit down to a large lump of pink meat on our plates.  So.  There I am, it's nearly six o clock on Christmas Eve and I have been at work for nine hours and my brain is fried (come to think of it,. we could have served my brain for Christmas dinner, it was already cooked and I would barely miss it at all). I have to cook the beef.

I think we can all see where this is going, can't we?

There was a bottle of £4.99 Merlot bought expressly for the purpose of cooking the beef in. This bottle was Somewhere.  My brain was not capable of searching for Somewhere, not when there was a bottle of red wine sitting right there on the worktop... Yes, I did wonder, when I had to hunt down a corkscrew (I mean, I haven't had to open a bottle of wine with a corkscrew since about 1990)...

Well, that beef was delicious.  I'm sure the wine - which turned out to be a really nice 2001 vintage - added immeasurably to that deliciousness.  I sometimes wonder what the wine would have tasted like had I drunk it?  Probably delicious too. But we will Never Know and neither will we Ever Tell the Person Who Gave It To Me...

A Christmas Card from me....

To all the lovely people who stop here on their way to somewhere more interesting, and leave a comment.  To those who say that reading this blog makes their day (yes, I know, but a lot of people don't get out much, all right?).  To those I love, and those I've never met and those who fall somewhere in the middle on that sliding scale. To everyone who's bought one of my books and enjoyed it..in fact, even if they haven't enjoyed it, at least they took the time to hand over money for something I produced. To those who've had an awful year, with commiserations.  To those who've had a fabulous year, with congratulations.

To all of you. 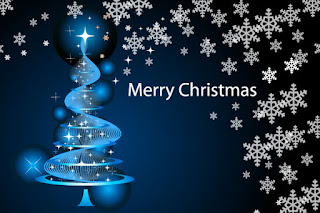 Okay.  This blog is about to be full of sweeping generalisations and gender stereotyping, for which I apologise madly, but rigorous scientific testing (ie, me talking to people - people I know, I mean, not flagging randoms down in the street which, I agree, would be more scientific but, hey, I've already got a reputation here..) has shown it to be true.*

Christmas shopping woman: "Well, Friend A collects (insert collectible here), so I could get her one of those for Christmas. I'll ask Friend B to casually enquire which are missing from A's collection, and then I'll order one.  There's still four weeks to go, so I've got time to order it, wrap it carefully and deliver in person."

Christmas shopping man: "What the hell does A like? They've got some of those...y'know, things, but they've got enough now, nobody needs more than four of anything...what else?  What about those super-powered hammer drill things that have been on TV? I like the look of those. Everyone likes drills. I'll get one. Only it's Christmas Eve, so I'll have to nip out at lunchtime to buy it...A won't mind if they don't get it until New Year, will they?" 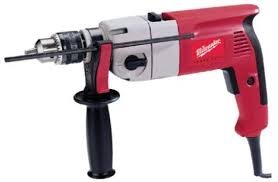 No home, apparently, is complete without one of these.

I have an Amazon Wish List. Not for me, you understand, for I wish for nothing (other than Robert Downey Junior with a bow round his neck, but, sigh...) 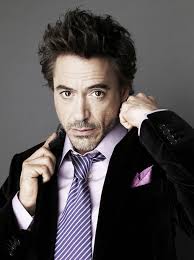 but during the year I add things that I see that I think people might like for Christmas or birthdays.  When I say 'people' I mean people I know again, whilst I am sure that other people may also like these things, I am only equipped to buy for the first kind of people.  Anyway.  I go down my wish list and use it to remind me of things that I might like to buy other for Christmas, having had 364 days of warning.

Some men become panicked around about the 18th of December, fling themselves upon the One Click button, which they mash with their fingers and toes in an attempt to become fully Christmas Presentified, all the while shouting things like 'does your mother want a fully illuminated magnetic screwdriver? Why not? Everyone wants one of those - I've just bought myself two, in fact! I'll get her one. It's the thought that counts..."

* Disclaimer.  Some men are very good at Christmas presents, my own dear brother is one. Last year he bought me train tickets to go to visit my mother, the year before it was tickets to see the Monty Python Live show in London, and my Other Half has given me some very thoughtful gifts too. But, trust me, I've been on the receiving end of dustbuster hoovers, food processors and other 'gifts' that take surgery to remove too.  But I suppose it was the thought that counted - the thought that a clean house and home-prepared food was what mattered...

So, no. I don't know what I want for Christmas (other than RDJ as mentioned above).  But, while a hammer drill might be useful, I already know that I don't want one of those...
Posted by Jane Lovering at 11:43 4 comments:

It's not just a big one with bits taken out...

I'm really amazed by how well 'The Art of Christmas' has been going. If, perchance, you haven't read it yet, go ahead, I'll wait, it won't take you long... 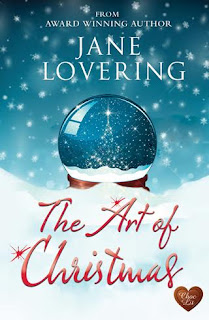 Right.  When Choc Lit asked me to write a novella, you should have seen my face! In fact, as you were likely pressed against my front window at the time, you probably did - no, it's no good denying it, I know you stalk me from time to time.  Well, if it's not you, then who is it? Somebody has been trampling through my undergrowth and I don't mean that in a euphemistic way because I distinctly heard the cries of 'ow, ow, ow!' as somebody limped away through the waist high nettles.
Anyway.  I'd never written a novella before. In case you're not sure, a novella is usually somewhere between 20,000 words and 50,000 words, much less and it's a long short story, much more and it's an actual novel, which is pretty much how Wiki defines it. I've done short stories (a few for Your Cat magazine particularly.  They tend to have quite a lot of cats in them).  And, of course, I've done novels.  But a novella is a strange beast.  It's got plot enough for a book,  and it runs across the savannah grazing on bushes...oh, no, wait, that's antelope. Novellas are the ones where you concentrate on just the central characters and their journey and don't wander off into subplots and additional characters and, like a short story, you have to tell a lot with very few words.

It's tough.  Not enough words to explore everyone's backstory (no, that's not a euphemism either), and half way through I started thinking 'why don't I just make this a novel?', but I was determined to write a novella, so I refused to be sidetracked by motivations (although I was sidetracked by many HobNobs and cups of tea), and I stuck to writing the story of Harriet and Kell and whether her marriage to the deceased Jonno had ever been quite what she thought it had.

It's a bit like...say a novel is like a film.  You've got three hours (or more if it's Lord of the Rings, but I'm presuming that you aren't writing Lord of the Rings because I think that one's taken) to tell a story, so there's plenty of time for lots of loving panoramic shots of the countryside and sunsets, and telling close-ups of people's faces.  In that case, a short story is like a photograph, a snapshot of a particular moment, and you have to get a lot of detail in to that one frame; a single tear on a cheek, a figure in the background staring longingly in through a window (yes, I am seriously affected by your stalking me, you can tell, can't you?).  And a novella?

It's like one of those three minute adverts on TV.  Like the one where the boy mends his father's scarf and then loses it on the bus when he's grown up and the lady finds it and brings it back, or the boy delivering bread through the century.  Or the girl sending a Christmas present to the man in the moon (and yes, all of the above make me sniff and get something in my eye, I am so suggestible it's almost frightening. But, in my defence, I can't tell you what any of them are advertising. Except the bread one, that's pretty obvious. It's bread. No idea what kind though).  A small story, but enough of one to tug at the emotions.

And I hope The Art of Christmas gives you a good tugging...
Posted by Jane Lovering at 10:35 4 comments: