How to know what you don't know...

Write what you know.

That's what they say, isn't it? And, as long as you've led a jet-setting life, with frequent space flights interspersed with cattle ranching in the Peruvian uplands and occasional bouts as an angst-ridden rock star, then that's great. You've got enough material, go, write!

(Wanders off to imagine book about Uttoxeter-dwelling council worker...)

OK. So I'm going to tell you how to write about what you don't know.
Emotions translate. That's all you need to know.  You may never have been widowed, but remember that time your cat died when you were nine? Remember that feeling that you'd never see them again and how hard it was and how you missed them? Hold that feeling...

You may never have decided to up sticks and move to Spain to get over your loss. But remember that school exchange visit to France, when you spent the first three weeks feeling desperately homesick and missing your mum and then you discovered you loved cycling along the lanes in the sunshine? Hold that feeling.

You may never have suffered from a life changing illness. But remember when you had that flu that time? And you couldn't get out of bed for a week even to answer the phone and you felt so awful that you were sort of afraid you'd die? And how it took you six weeks before you could stay up past nine o clock and how you felt as if you were about a hundred years old for ages?  That...

Because we all know so much more than we think we do, but none of us can have lived all the lives we write about (at least, not if you want to write more than one or two books, or recycle the same plot). But emotions translate. Loss is loss, whether it's your husband, father or dog, grief is the same. Its severity and duration vary depending on the relationship, but the sheer gut-pulling, hunched-over-crying, inability to function shock remains the same.  Fear is fear, whether it's your child straying out of your sight on the beach or a noise behind you in a dark forest, your mouth dries the same way, your heart thunders, your body freezes...And love, whether it's a partner, your dog or Aiden Turner, you still feel that warm smile on your face when you think of them (unless you've got a dog like mine, in which case your jaw sort of clenches at the same time).

You know so much more than you think you know. 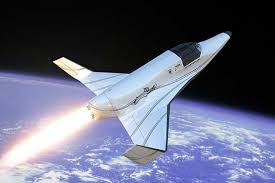 Except space travel. You're on your own with that one.