This is why I don't write historicals, family sagas or generational stuff. BECAUSE I CAN'T COUNT...

I can't do maths.  I'm well known for my 'not being able to do maths' abilities. In fact, in the 'not doing maths' stakes, I am approaching near-genius level.  I should point out that there are lots of other things I can do, although the rumours of that thing with the ping-pong balls has been greatly overstated... I can bake a cake without a recipe (and even, on occasion, without scales, although for that to work you have to like your cakes rather on the 'biscuity' side), I can ride a horse (without a saddle or bridle if I know the horse), I know the latin names of a lot of plants and animals... you know, stuff like that.

My inabilities rarely cause me problems - I have a calculator at work which does the heavy thinking for me, and I can do the functional things; percentages (I work out one per cent and multiply up), adding, subtracting and basic multiplication, and am driven into a barely contained rage when people refer to it as 'timesing'.  But today I had to do some maths for the purposes of a story.

It's the old, old thing... I had this person.  And this person had to be related to someone whose younger brothers died in the First World War.  As in a great-great something grandson.  In order to get the number of 'greats' right, and not have either somebody in the family tree having to give birth at the age of 10, or my person having to be about 80, I had to work this out.

I thought I'd got it all right, and then I realised that I'd made my child born in 1898 and any subsequent younger brothers would have been too young to have fought in the First World War and could only have died during it if someone had tipped up the pram. So I took it all back twelve years, added a layer of 'great's and recalculated, and finally managed, with a lot of crossing out, to get it to add up.

And now my brain hurts, I've got a piece of paper covered in dates and scribbles and crossings out which looks like the result of a hit and run family historian, and a ghost story that hopefully won't make anyone scratch their head and announce that it only works if someone became a father when they were three...

Fingers crossed for me, everyone...
Posted by Jane Lovering at 13:02 13 comments:

Happy Writers Day! Pass the chocolate, would you...nomnomnomnom..I'm sorry, is this unseemly?

Staring aimlessly at the calendar yesterday - I often do this.  I think I'm hoping to see red letters marking a day as 'International Everyone Buys Your Book Day' and have so far been disappointed - I found out that April 23rd is Administrative Professionals Day.  It's St George's Day too, but that's beside the point for the purposes of this conversation, because...Administrative Professionals Day!

There are no instructions as to what is supposed to happen on what I am going to refer to as AP Day, whether we're supposed to go round to our nearest office block and press roses and chocolates on all those therein, or whether we maintain a minute's silence for those lost in the line of double-entry bookkeeping duty, to paper cuts and stapler-misfires, or the perils of the photocopier.


I have searched the calendar in vain for Writers Day.  Not even tucked away in the unfashionable end of February is there so much as an afternoon put aside for Writers.  23rd of June is 'Discovery Day', but since I've already discovered June and most of July, I can hardly see the point of this.

So, in my lateral, and somewhat confused way of thinking, I wondered when would be a suitable time to celebrate writers, and it came to me!  What goes hand in hand with writing?

That's right, chocolate.  And when do we have a lot of chocolate?  Now you're getting the hang of it...

Easter Day.  So, if it is not too presumptuous of me, can I wish you all a happy, now official, Writers Day!  Oh, and Happy Easter as well, because I am well aware that not all who read this blog are writers..ooh, pass me the calendar, I'm just going to look up the date of Readers Day...
Posted by Jane Lovering at 10:40 2 comments:

Writing.  It isn't just another word for sitting alone in a room making paper unicorns, staring out of the window and wondering what's for dinner you know.  It's a Real Thing.  And, increasingly, it's a real thing that demands quiet, contemplation, chocolate and Being Left Alone sometimes for quite dramatically long periods of time.

Not like centuries or anything, because being shut in a room alone for centuries would make me...well, Sleeping Beauty or Rapunzel.  I am neither of those things.  Although, I suppose my house could be mistaken for Sleeping Beauty's castle, what with all the undergrowth outside and the things growing up the walls (I have a fern growing in my kitchen.  Not in a pot or anything, just In. My. Kitchen. And the places you can find mushrooms?  Not limited to the fridge. All I am saying).  But any Prince Charming attempting to scale the walls and wake me with a kiss...well, I think he would swiftly abseil back down again, shuddering, and kiss his horse in preference.  In fact, therapy would probably be necessary... "I went in there and...and...no, it's too horrible..haven't you got any dolls I could use to show you?"

So, no.  But I can spend long periods of time doing nothing but staring at a keyboard, muttering.  Actually, I'm not really muttering, it's my mouth practicing for the next biscuit, but it's always more impressive if people think you are rehearsing dialogue in your head.

I used to be able to write in a room full of people.  Obviously those people had to be engaged in other activities, not rushing up and poking me to see how far away they could get before I lurched to my feet and came after them, but I could still do it.  However, now that the Other People are large, and come and go to University and other activities, my presence among them is punctuated by Jeremy Kyle, the Real Housewives of wherever it is that they are supposed to be real housewives of, however I have yet to see even one of them wield a mop, and arguing.

So I write in here.  It's quiet, there is chocolate and I can't see the huge stacks of washing up that accrete around large children.  And soon most of them will return to University or college or wherever it is that they go for stretches of time, for all I know half of them are in prison and just come home on some day-release arrangement, and I shall be able to venture forth cautiously into the wider world, clutching my laptop and my HobNobs and maybe get some fresh air.  But for now... LOCK THE DOOR LOCK THE DOOR!  THEY'RE TRYING TO GET IN! HELP HELP HEL 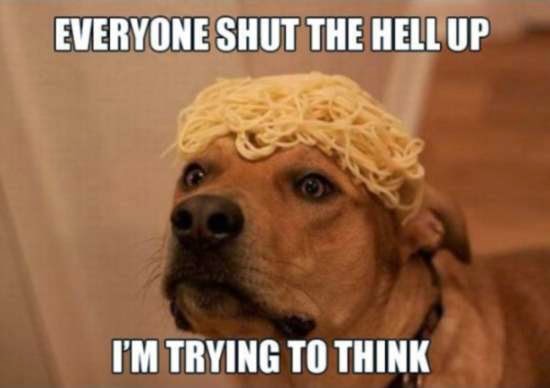 Being a Writer - how to identify a writer at a glance, and how to approach if you do spot one. Also, daybeds - why?

What Being A Writer means...

I hate to disappoint all my readers who imagine me floating around in a fuschia negligee, eating grapes and occasionally scribbling down a sentence of such carefully crafted wordage that it instantly becomes a classic and is quoted on Book of the Week, then lying on my daybed (what is a daybed, exactly?  I have only one bed, which, during the day, becomes a daybed and then reverts to being an ordinary bed bed at night, by dint of, you know, it being night time and everything... Do people have a separate bed for daytime?  If so, why? Does their night time bed become unusable during the day because of..oh, I don't know, a nocturnal Nutella-spreading habit?  Why can't they just use a sofa?  Or the carpet?  As a 'daybed' I mean, not to spread Nutella on) eating Walnut Whips. 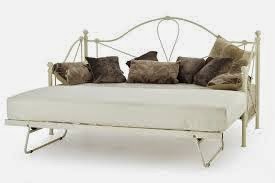 Apparently, this is a daybed. Just looks like someone pimped a garden bench to me.

Being a Writer is not like this. Anyway, I'd look daft in a negligee of any colour, like a circus tent that had escaped its moorings after a really windy night.  No.  Much as I hate to shatter your illusions of me as a wafter and floater, the only part of the above that really holds true for me is the eating of the Walnut Whips.  (Incidentally, also the nocturnal Nutella-spreading habit, but I use bread, not bed.  That's a good slogan now I come to think of it, 'Bread Not Bed'.  I should get that on some T shirts or something..).  Being a Writer is far less romantic than you may imagine, unless you are a writer yourself in which case you know exactly how unromantic it is.  Here is what Being a Writer is really like...

Food - the house rarely contains any.  At least, nothing readily identifiable.  Everything in the freezer looks like this.. 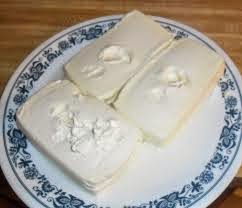 Clothing - writers tend towards the 'comfort' end of the spectrum.  If it's wearing this.. 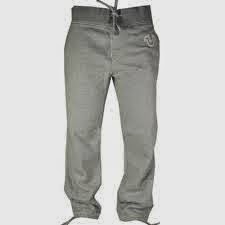 and clearly has as much intent of going running as you do of piloting the space shuttle, it may well be a writer.


Temperament - writers are easily startled.  When approaching one, hold out a piece of chocolate, or a cream puff at the end of a long stick.  This will pacify them for long enough for you to get close, where the smell may well drive you back, but persevere, because a writer has many words of wisdom to impart.  These are usually incoherently muttered, however, the application of wine will render them much more comprehensible.  As will the 'laying on of tenners'.