Today 'tis my my birthday.  I have reached an age which has got an 0 at the end and is therefore a major cause of celebration.  Possibly because I have managed to reach this age without dying which, you have to admit, given my propensity for throwing myself if not in the way of trouble then certainly only slightly to trouble's left, is something of an achievement.

To mark this continued lack of affilitation with the Grim Reaper, people have generously pressed gifts upon me.  In some cases quite literally, since I was repeatedly struck with a large bunch of lilies and a box of M&S Belgian Chocolate biscuits was squeezed upon my loveliness beneath my large fluffy jacket, it being meterologically of the chilly persuasion today. And I did get to go to the very lovely Appleton Spa, courtesy of my lovely children (having lots of children stands me in very good stead when it comes to 'Have a Whip Round for Mother').  And then I got rubbed with stuff, had stuff painted on me, and then had a Head Massage (which did not kick start my brain, sadly).  It is a very nice place, and I got to lie in the Hot Tub in the snow.   In fact, this has been my first White Birthday! 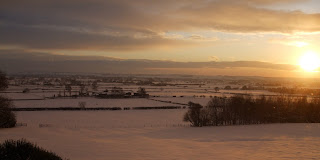 So, in combination with people giving me lovely things and the white stuff continuously falling from the sky, it has been a most memorable day.  I intend to spend most of the remainder of it sponging squashed biscuits from my body and snuggling in front of an open fire watching Dr Who DVD's.  I may lick the biscuits off the  sponge if I really feel like pushing the boat out, although given my propensity for memory lapses I may find myself licking Dr Who and staring at a small yellow sponge bobbing about in greasy water.  Worse still, I may well find this entertaining. 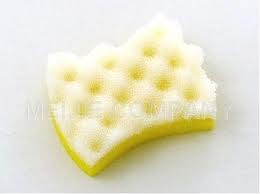 Gripping, I think you'll all agree.

I know how to live!  The secret is to keep breathing In and let the whole Out thing take care of itself.  Disclaimer - Embarassing noises caused by the Out procedure are not the responsibility of Yours Truly, you are on your own with the whole 'parp' thing. 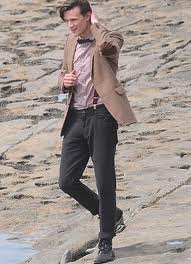 I may well be licking this man off my body later.  But only because I forgot he isn't M&S Belgian Chocolate biscuits, you understand.  And I probably won't enjoy it.  Well, one of us won't.  And it may, or may not, be me.

So.  Happy Birthday To Me.  I shan't sing, because I know how it distresses you, so I shall just hum quietly while you all muse on your lacklustre performance in the Sending Me Presents department, and then I shall leave you to your guilt. 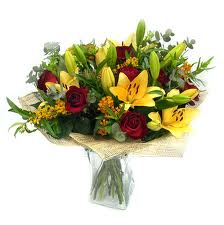 Darlings, you shouldn't have!  Can I eat them now?
Posted by Jane Lovering at 13:19 2 comments:

In which I discover I am not quite perfect. Oh, the shame!

I have come to the conclusion (reluctantly, of course) that I might not be perfect.
Silence your gasps of amazement and disbelief, I don’t mean that I’m not perfect in any practical way.  My mane of tousled blonde hair remains the envy of all and my perfect thighs mean that we need not buy a nutcracker this Christmas (seriously, where do they all go?  Every Christmas a new nutcracker – it can’t be natural).And yet, I find myself falling short of my own, amazingly high standards. 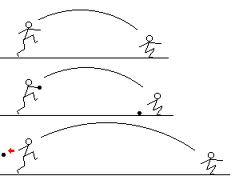 By about this much usually.

Mostly this happens when writing.  It has come to my attention that I have a tendency for my characters (let’s call them ‘Molly’ and ‘Phinn’ for such are their names) to call one another by their given names all the damn time.  Now I know that people use names to attract someone’s attention, to direct a comment etc, but these two just keep on and on Mollying and Phinning until I’m tired of the pair of them.
Now, bearing in mind that my dear husband and I rarely use one another’s names, preferring to refer to one another as ‘husband’ and ‘stenchblob’, I find this constant waving about of personal names quite offensive.  She’s called Molly, shut up about it, already!  Actually, now I come to think about it, I’m not sure my husband actually knows my name.  We were both very drunk when we were introduced and I’m sure the minister mumbled over that bit during our wedding ceremony.  He probably thinks I’m called ‘Fnrfrt’, which is eyecatching but not that great on a book jacket.
Anyway.  My imperfections, slight as they are.  I am finding that I am writing dialogue exactly as it is spoken.  Which gives rise to...errr...you know, that thing...umm...ooh, did you see Merlin last night?  Wasn’t that the bloke from...thingie, oh, you know the one with the owls in?...ow, bit my tongue there... umm....thingie.  Digressions, that’s the thing.  For dialogue shouldn’t be true to life, but more ‘true to how life would be if it was all shiny and no-one ever farted or coughed inappropriately or suddenly had to go to the toilet in the middle of....
Ah, there you are.  Sorry, I just had to...um, answer the phone.  So.  Yes.  I hate to disillusion you all, but I am not perfect.  Well, I am, mostly, but, you know.  Still ‘down with the people’ as you young folks say. 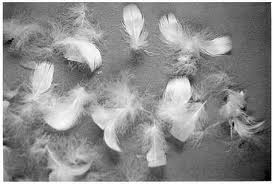 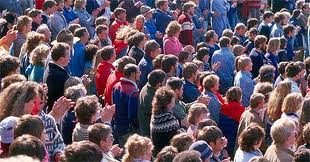 Snow patrol - not odd, damn it!

My late father (in both senses of the word - that's the word 'late' obviously, not 'father'.  He was definitely my father, I have his chin. It's around here somewhere, just can't put my hands on it right now, and he wasn't all that father away.  Quite close, in fact.  Bugger.  Where was I?  Better get out of these brackets) (he was often late.  In fact, the hearse arrived somewhat tardily for his funeral, thereby fulfilling a family prophecy put forward by my mother on many an occasion - damn these brackets!) was a Man Who Sang.  And along with his chin, a slightly chewed biro and some strange metal things that no-one really knows the use of, I have inherited his Singing.

But what I haven't told you is, that he Never Knew the Words.  And, I too, have inherited this tendency.  Hell, I grew up thinking the song went "Bye bye Miss American Pie, drovel shevvie anna levvie budle levvie's drah'.

So now I must put to you a Question.  WHY DOES NO-ONE EVER CORRECT ME?  There I am, singing at the top of my voice, 'boodle doo' ing like mad, and no-one takes me gently to one side and points out carefully, and in words of one syllable that the Arctic Monkeys are not doo-wop singers and that their songs have real words in?  No-one. Not Ever.   Kings of Leon, apparently, do not sing 'Nyar nyar, these legs is on fah' either.  Bet you never knew that.

And then there's the words that I swear I have heard and reproduced correctly, and yet have people rolling about and wiping their eyes when I sing them, again at the top of my voice because my volume control knob is broken and I'm sick of trying to find the pliers to turn it down.

For example.  The other day, there I am, singing along to Snow Patrol's 'Throw the Shutters Open Wide', merrily bellowing 'I could sit for hours finding new ways to be odd each minute', and when my audience finally regained the ability to speak, and mopped up the puddles of resultant merriment, they told me that what he is actually singing is 'finding new ways to be AWED each minute.'

Well!  All I can say is, he should learn to ENUNCIATE.  And, speaking as someone who can, clearly and demonstrably, find new ways to be odd each minute, I have no idea what the song means now.  I had been feeling a certain amount of closeness and empathy with him up until then.  No one realises how hard life can be when one lives under the umbrella of Odd, and I thought I had finally found someone who appreciated it.  And then it goes and turns out that he's just smitten with some tart or another, and all that fellow-feeling just flew out of the window. 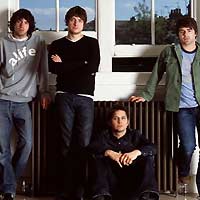 Don't be fooled.  These men are not Odd.  Even though they apparently chained themselves to a single radiator, they are not Odd.  Hmph.  Although, if you look closely, you can just see my fellow-feeling vanishing out of the window.  It looks a bit like a bush.

So, I am giving up my career in the world of singing.  No, plead ye not, I shall not be diverted.  I am going to dedicate my time to this writing nonsense, in which the words all mean what I think they mean, and a homogenous confabulation is simply a piece of furniture covered in embroidery.

Every time I think I've got this one figured out, those damn cats come up with a new rule!  Okay, so the small black cat can only move in a straight line, the ginger one can go sideways, and the tabby is allowed to jump over all other cats, but only if there isn't a dog in the room?  Is that right?  And, if so, where does the big black one go? 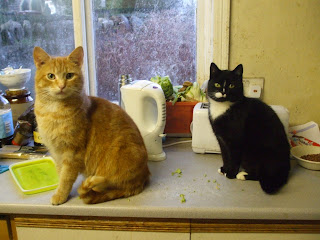 All right, clever clogs, YOU tell me which one of these is winning?!

I have given up trying to figure out cats. Dogs are easier.  Dog have ball = dog happy.  Dog have dinner = dog happy.  Dog left alone while owner goes to work = dog not quite so happy but prepared to be forgiving and ecstatic on owner's return.  Leave a cat for more than half an hour and, upon your return, it will pretend to have forgotten your name, if you're lucky, and if you're not, it will have forgotten your existence and be opening a jar of caviar and sitting in your chair to watch the latest QI episode. 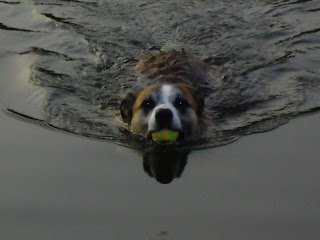 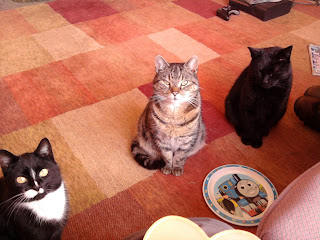 "Your face is vaguely familiar, do I know you?"

What you acquire as a cute, fluffy little kitten that plays with your toes and sleeps on your shoulder, grows up to make remarks about your ability to handle the staff, your general culinary prowess and your manners, viz your way of cutting your toenails in front of Strictly Come Dancing.  It's a bit like rearing a baby Princess.  Whereas dogs are bundles of enthusiasm and acceptance of your nastier habits (because they have plenty of their own), which, I like to think, is more like rearing a tiny Robbie Williams.

And there I leave you.  I have to, the cat wants the chair.
Posted by Jane Lovering at 13:06 4 comments: