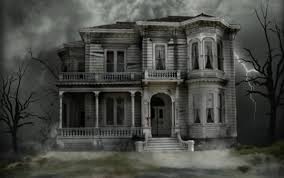 
*The careers officer, Mr Huge, is sucking his pipe and staring into the middle distance.  There is a knock at the door.

Frogworthy enters.  He is a small boy for his age, head slightly too large for his body, and a stoop to his shoulders that speaks of too much time in darkened rooms.

Frogworthy:  Thank you for seeing me, Mr Huge.  I've finally decided what I want to do when I leave  St Conglomerates.

Huge:  Well, it's about time, you are forty-seven.  Now, I see here on your school entry form that your father is a highly regarded criminal, is that right?  In Wandsworth 'doing a twenty' as I believe they say?

Huge:  And your mother disappeared running guns and ammunition to a small west African country in return for diamonds and, and I quote 'permanent access to the all-you-can-eat buffet'?

Huge (removing his pipe from his mouth and turning his gaze to Frogworthy) Well, lad, I wonder what career you've settled on that could do justice to your dear parents.

Frogworthy:  I'm going to be an author, sir.

The pipe hits the floor.  Huge begins to sob.

Huge:  But the school, lad! Think of the good name of the school!

*This actually happens. Never tell a careers teacher you want to be an author.  You'll find yourself on a nursing course or doing a degree in Geography before you can blink.

Writing. Why? When eating buns and watching EastEnders is so fulfilling...

There comes a point in every author's journey (at least, I think there does.  I mean, I might be large, but I'm not every author, although I must admit, on a bad day I do look like several authors have been rolled into one person, clothes included.  And hair.) when they sit down in front of a bleakly empty page and think

"what the hell am I doing this for?"

and then they go away and have a long think, because if there's one thing authors love, it's procrastination with a good excuse.

Because, for all the surveys that show that 110% of the population  wants to be an author, and all those people who stop you to tell you they've started to write their novel, it's a tough job.  And I speak as someone who spends up to eight hours a day standing behind a till in the local Co Op.  Which is easy, compared to writing a book, even when the till breaks down and someone who has clearly already drunk more than is advisable is trying to buy a litre bottle of very cheap whisky with someone else's ID...

Writing a book takes ages.  I know some people can write a book in six weeks, but it takes me six to nine months.  And even then there's the beta reading and the two or three rounds of editing and the proof reading.  In that time you have to give up any meaningful hobbies, the house gets filthy (yes, all right, mine's filthy all the time but......ummm...no, no excuses. I'm just a slut) and slowly all your friends stop speaking to you.  Because you only talk about plot holes and characters who don't exist, and events which never happened and never will happen because they are all in your head.

The pay is nothing to write home about.  I've got nine books published and my total royalties last year didn't even cover my rent.  So doing it for the money is a no-no, unless you are massively successful or very lucky, or have someone to help pay the bills.  Seriously, if you're a single person and you have to pay the whole house-load of bills, plus run a car and buy food, don't even think about using writing to make money.  It might pay for a nice holiday, for one person.  If you like camping and Camber Sands .(Actually I've never been to Camber Sands.  It might be lovely.  Or it might be a description, like those road signs that say 'Adverse Camber'. Maybe they are just really slopey sands.)

You have a great idea for a novel.  You start said novel, get 20,000 words in and realise that great idea wasn't so great after all, it was more of a 'thought', and it certainly wasn't enough of an idea to sustain 90,000 words, and the 20,000 you've already written are pants anyway and why don't you just put the TV on and watch EastEnders instead?  And have a bun, because you've already got Writer's Bottom, your buttocks are creeping off the sides of your chair and heading for the floor, and you never wanted to write that stinky book anyway.

But somehow...just somehow...when you've decided that writing is just a way of wasting time whilst looking as though you are busy.... those ideas just keep creeping up in the back of your mind.  And, before you know it, there's a cast of characters knocking on the back of your brain and demanding to be let out, and this really amazing idea that you want to see if you can work out, and that place you went to last weekend would make a great setting for a story, and people are asking when your next book is coming out and...

Why I'm not here...and a forthcoming book...

I've decided to stay away from my laptop for a while.

Not forever, no, you don't get rid of me that easily, but just for a few days.  Or so.  Like...like an electrical holiday - if I weren't using the TV, cooker, toaster, kettle, etc. So more of an actual computing holiday.

I had a crisis of...whatever that thing is, when you start writing a new book and you're all excited, and then two days later you open the document, stare at it, and can't think of a single word to write.  My own fault entirely; I'd just signed off on the proof of one book, finished writing and sent another to my agent, and heard that a third will be entering its edits in August (more on these later, so take notes, there may be a quiz).  It was, quite simply, too many words in one go.  My brain had made a noise similar to a car when the starter motor jams, that useless 'click' thing. 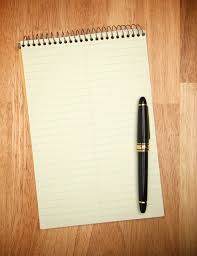 This is the most terrifying and yet exciting thing that an author can ever see... 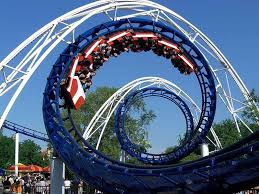 ..although I understand that this runs it a close second.

So, enforced by my brain doing the 'click' thing, I decided to stop.  Not even look at the computer for a while and then to have a little computer holiday. I've been reading, walking, watching TV, rolling around on the sofa wrapped in a duvet and all that.  Normal service will be resumed as soon as I decide what is normal. 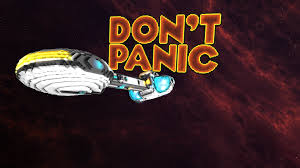 Now, about the books:

One of my older books, previously published by Samhain and called Reversing Over Liberace, has been acquired by Choc Lit, is in the process of being retitled and recovered (in the sense of having a new cover, not like mouth-to-mouth), has been updated with new bits added, and should be coming out as a Choc Lit Lite in June! It will only be available as an e-book, so dust off your Kindle and charge it up ready...

Right.  Back to my computer-holiday.  I've got my towel rolled out on the metaphorical sand, and I'm about to have a cocktail.  Peel me a grape, someone...

Sponsorship requested - for I am going to Abseil!

22 May.  Now, I want you all to hurry off and put that date in your diaries - and no excuses about how that's your third cousin's dog's birthday and you have to be on alert and keep the day reserved in case they have a big family party...

22 May is noteable for a couple of reasons.  Firstly. This is the day I am abseiling down a building.  Oh, it's all right, I'm doing it for charity and everything, it's not a whim.  Actually, if I had whims, and I'd not had them all surgically removed, I don't think I'd go down the side of a building on one.  I'd more...I dunno, sit in a warm bath and eat cake, or go for a walk on a beach and eat cake.  Not jump off a building where no eating of anything is even mentioned, let alone cake!  I know, right? 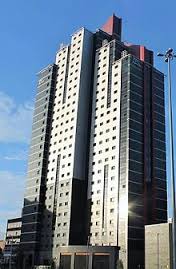 This is the building in question. 269 feet high, apparently.  Or 'down' as I like to call it.

Now, if you 'd like to sponsor me (because it's in aid of the Red Cross, so very good cause and everything, and anyway, I know you'd pay to see me go backwards off a building), there's a link here.  Please do.  We're abseiling to raise money to combat loneliness (which is slightly odd, it's not like abseiling is a team sport or anything), and we'll be doing it in fancy dress. I'm hoping my fancy dress will include a parachute, but I promise not to make a fuss if it doesn't.

It's billed as a 'Fun, Exciting and Challenging Experience.'  I presume they mean for me, although I can promise them that two of those adjectives will apply to anyone trying to get me over the edge of that building on the day.  There may be biting involved, although I note they don't use that on the cover blurb. 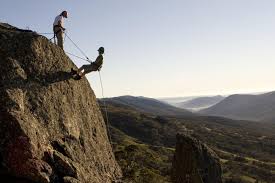 This is abseiling.  Try to imagine it with 100% more screaming and 50% more wee.

So, you know, good cause and everything.  Please sponsor me.

Other noteable thing on 22 May?  Well, it's World Goth day, of course, surprised you didn't know that, why is it not in your diary?  Oh, because you've written in 'Today, Jane falls off that building' in such big letters, obviously.  Anyway.  It's World Goth Day, and an anthology of stories called 'Dare to Shine' is released, to raise money for the Sophie Lancaster Foundation, the charity set up to combat prejudice and intolerance (it's set up in honour of the lovely Sophie Lancaster, the girl killed for 'looking different'). The book is full of stories celebrating individuality and, again, it's in a good cause.  If there's one thing we writers know about, it's being a wee bit 'different', after all...