Festivals - very little mud and non-portable toilets. They screw them to the floor, you know.

I am returned from the York Festival of Writing, where I helped with some workshops.  Well, I say helped, mostly I was in the background making faces and shuffling papers whilst trying to look official.  If anyone reading my words here has never been to a Writing Conference/Convention/Festival/Booze-up, then I can thoroughly recommend the experience.

Kate Allan and I (but for my input see above) held a Character master-class, where my clothes were lightly insulted, a bell went missing and many copies of Hello were sacrificed for the cause.  To find out why, then you'll have to sign up for the next one.. 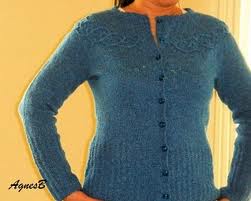 All my woollens come pre-bobbled.  It saves time.

The Choc Lit girls (well, Lyn and Sue and Pia and I) did a bit of a talk about Choc Lit, although we didn't actually have any chocolate to give out, which was a shame since (see a previous blog) I am still in possession of a Christmas tin of Quality Street and those damned Ferreroroeoroer Rochers, so I could have helped out more than I did.  It turned out that Lyn had one smallish bar of chocolate, and we offered to let the assembled audience watch us eat it, but they declined.  Tony got his name check, in case you were wondering.

My Coming Soon Book.You know, in case you'd forgotten, or something.


Julie Cohen and I then gave a talk on Writing Romantic Comedy.  Well, Julie did.  I made jokes about Whooopee cushions, threatened to take off my clothes and generally carried on like a bit of a loon while Julie (bless her) carried the show.  She was still smiling by the end, and I still had all my clothes on, but it wasn't for want of trying. I thoroughly enjoyed myself during this one (which is usually a bad sign) and hope that someone lets me do it again, or at least lets me caper in the background while Julie talks.  Julie also did Her Joke, but I shall never speak of this again.  We also threatened to fight over sex, or at least funny sex, but were pulled apart at the last minute by kind people. 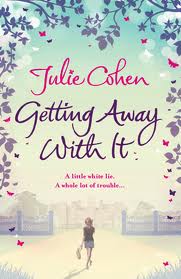 Of course, it wasn't all about me, however much I wish this were the case, there were many other workshops and mini-courses going on, lots of people being enlightened and agents looking hunted, and some buns.  Once I worked out how the Kit Kat machine operated there were also bits of biscuit everywhere, I made a Great Spanx Discovery, people were nice to me and I re-met some old friends, one of whom was forced to take part in the Flannel Relay, and if all this sounds completely bizarre....well, I guess you had to be there.

PS, the Spanx Discovery I made was that they had a split crotch.  Not, presumably, for sexual purposes because, after all, who's going to attempt sex when they are wearing knee to ribcage lycra?

Oh.  Okay.  Some people might.  But not me.  It would be like having sex inside an inner tube.
Posted by Jane Lovering at 15:53 3 comments:

Jane 'ThreeBooks' Lovering welcomes a fourth to the fold. And fraternizes fondly with aforementioned fiction.

Well, I promised you a peek.  Not a peak, sadly, I may be able to perform witty little miracles but I cannot drag a mountain or even a small hillock within reach.

And here it is:  (You will need to perform your own 'Taaa daaaa' fanfare arrangement here, I'm cutting back) 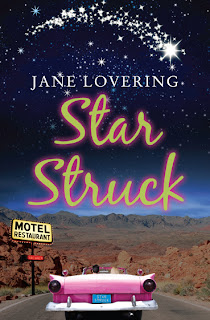 And...look, this is it turned sideways! 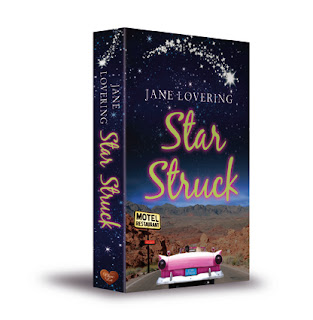 I would include a picture of it lying down, but that wouldn't really show you very much, would it?  Look at it.  I mean, just look. Shiny.  Stars.  A big, pink car...

The story?  Oh yes, that's in there too, a woman with no memories meets a man who has too many...  In a motel in ...Nevada.  Bother.  Wish I'd made it Memphis now, for the full alliterative effect.  Still, too late now.

NOTICE - The creator of this blog is temporarily busy. Until her return, here is some gubbins. Oh, and picture of a box of chocolate, because she has no imagination.

Have I told you my theory about 'Emergency Chocolate'?

I've still got several boxes left from Christmas, and the reason I haven't eaten them is that I have several boxes left.  Does this sound dangerously recursive?  If so, it's because you don't subscribe to the Emergency Chocolate theory.  Which goes:  I have some chocolate.  Therefore, any time I feel like eating chocolate, I can help myself.  Of course, the cussedness of my nature means that I will now only want to eat other things, like Pringles (why is there no Marmite flavour of Pringles yet?  Hmmm?) or jelly or fudge.  Things, please note, that I DO NOT have in the house.

If my house was devoid of chocolate of any kind, I would want to eat chocolate.  It's a simple theory and one which works to the extent that I have an enormous box of Ferrerrrerreerrrro Rocher which I was given for Christmas on top of my wardrobe, and it is untouched.  Yep, those annoying little bits of sellotape which you don't notice until you are scrabbling at the lid in the middle of the night, with the eager desperation of an addict, haven't even been broached.  Every little golden globe is still there, in its proper place. 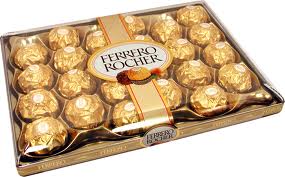 Are you jealous yet?  Well, ARE YOU?  They're calling your name...

And, in other news, I'm still deep in the depths of sticky rewrites for my next book.  It's called Starstruck, it's set in the Nevada Desert and I'm busy tiddling around with it to get it shipshape for publication this autumn.  Hopefully I will soon have a glorious cover to reveal to you, but not yet, my proud beauties.  Hold your eagerness in check...here, have a Ferrero Rocher while you wait...

And now, please excuse the brevity of my wit, but I must head back to those natty little rewrites.  Next week you will get your money's worth, if I am any judge.
Posted by Jane Lovering at 15:30 5 comments:

The growth of Legs and Expectations. Oh, and Bert Fegg.

My wonderful husband and I (not that I have any other husbands, you understand, I'm not saying that this is my 'wonderful' husband as opposed to my 'sulky' husband or my 'high-achieving' husband, I'm merely saying that the one I have is wonderful) took the dogs out for a walk today.  That, in itself, isn't blogworthy.  I mean we take the dogs out every day, three times a day, well we have to.  They give such dirty looks if you miss a walk, and then they start coming up the stairs in deputations and sitting outside the bedroom door. 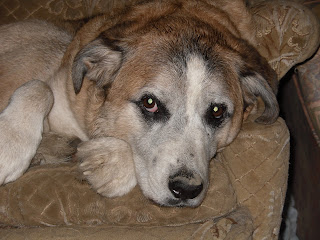 The eyes follow you around the room.  And, after a while, so do the paws.  So, we took them somewhere I used to take the kids, years ago when they were small.  A local Roman camp, where I provided impromptu history lessons and it was more like an episode of Outnumbered than anything else.  We used to take picnics and spend the whole day there, in the days when the kids thought a stick was a high-tech plaything, and they could spend three hours jumping on and off a bridge.

Walking the dogs took 40 minutes.  40 minutes to cover an area of ground it used to take all day to walk.  Of course, we didn't have to stop for a pee every two minutes (although my time is coming, I can feel it) or for toddler-sized legs to climb every incline of over 1/3 gradient just to shout 'I'm the King of the Castle!' only to get shoved off by an older sibling. And we weren't even walking that fast....

In fact, we did walk up there with the kids on Christmas Day.  There was four feet of snow lying, and even then it only took us an hour to go round.  And I started to think.  In the old days, when I had five small children, they were quite content to spend their time pushing each other off high ledges and poking sticks into the ground, and a walk of two miles took all day.  Now they can do two miles in an hour (although we did have to have a 'pushing off high ledge' break half way round, honestly it's a wonder they've survived - well, that and my cooking) but poking things with sticks is no longer a viable activity.  No, an activity is only entertaining these days if it comes with five headline bands, two roller coasters and a private swimming pool.

And the conclusion I came to?  As their legs grow, so do their expectations.

Right, that's enough philosophy.  Now to the serious point of my blog.  The question has been raised (and I'm not allowed to say by whom, suffice it to say that he's already been mentioned in this blog and the dog isn't that clever), that in a series of photographs taken by that same someone, I bear a startling resemblence to a cartoon character from his youth.

I looked at the aforementioned pictures, and he might have a point.  Judge for yourselves... 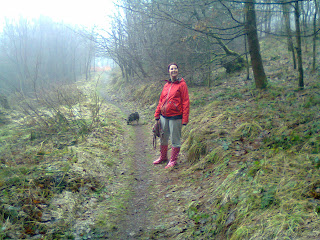 This, just to be clear is ME.

And this is Bert Fegg.  Apparently, we could be twins.  Apart from the fact that he's a drawing and I'm not.

And now I'd like you all to vote.  Not on whether we're alike, but on a suitable punishment for the person who suggested the likeness....
Posted by Jane Lovering at 18:14 2 comments: