The education aspects of injury. And carthorse-ankles.

This has been an educational week.

Now, I'm not pleading for sympathy or anything, but this was the week of the Injured Ankle.
It's not even that bad, just some kind of tendon thingie, not broken, not sprained, just painful to walk on.  And yes, that is my very own foot there, in that fetching support bandage, I did not employ a stunt-foot just for the photo-shoot.

And why, I hear you cry, as you rush about trying to send me consoling boxes of chocolates and soothing ice packs, was this educational?  Well, my little hootaninnies, the educational aspect came in the way that an injury slows you down and makes you consider how lucky you are to be able of body and sound in wind and limb.  That latter statement generally applies to horses, but could, of course, be used to describe a tree, I suppose. Anyway. Generally I am very sound in wind (often a kind of trumpeting, but let us pass swiftly by that topic) and my limbs bear up very well under the duress of having to lug my carcass at speed around the countryside and I tend to consider this state of affairs to be ongoing and normal.

But this foot problem has acted upon me much as, I imagine, would stapling me to the floor. 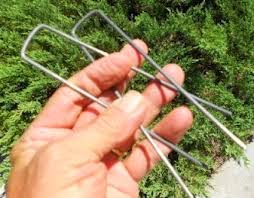 And don't think people haven't tried, I get uneasy at the sound of the wall stapler in action at work...

I can't run. I can't hop either, but since hopping isn't something I am called upon to do on a daily basis (thank goodness I didn't take that job at the Hop Skip and Jump centre all those years ago...), it's mostly the ability to move at speed that I am missing.

Now, in my current WIP, entitled 'Crush' if we are being formal about it, or 'the one with the bloke with the birds of prey, and the teashop' if we're not, my main character, Amy, lives with her grandmother.  Her grandmother is...eccentric, shall we say.  Not zany-eccentric, matchmaking her with blatantly unsuitable males or talking loudly about her sex-life at inopportune moments, as tends woefully to be the way of the elderly in many forms of fiction. No, this grandmother mostly just accuses Amy of having visitors in the house when she's out (the grandmother, not Amy, it would be hard to have visitors when you weren't actually present), and messing about with the teaspoons. But she is also physically restricted in her movements, because of being nearly eighty.

My injured ankle has given me a valuable insight into what it's like to REALLY not be able to climb stairs at speed, and to take most of the best part of an afternoon to get from one end of a corridor to another.  Honestly, whilst walking to the far end of the garden I've had to have a sit down and tea and biscuits to give me the energy!  And also a knowledge of the frustration involved in knowing that you can't do those things you should be able to do without a five minute preparation time and a run-up.  Also having to wear a sincerely and deeply unflattering leg-sock, which gives me the ankle of a carthorse.

A few more theories on Authors, my tattoo could mean trouble, and an unrepeatable Fan Club title...

I watched Doctor Who last night, and it gave me a revelation - although that could, of course, have been the half a pound of fudge I was eating at the time. I am usually kept away from all foods with a high sugar, fat, colouring and e-number content, which means that I generally just eat organic grass and am occasionally allowed to suck a HobNob, if I promise not to swallow, but yesterday was Fudge Day.  I'd also eaten three fresh doughnuts and half a pack of cinder toffee, so that probably explains most of the content of this blog - and also why it's being typed from the ceiling, at four hundred miles an hour with ninety fingers I don't have. 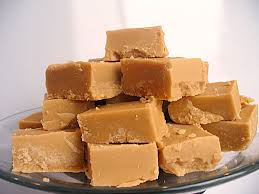 I didn't eat quite this much, but only because I'd passed out somewhere round the fourteenth lump.

Oh, you want to hear about my revelation?  Well it comes with something of a background story. Are you sitting comfortably?  No, neither am I, I think it's all the fudge, but we'll be all right if we keep to the cushioned areas...

When I was small...I mean very small, before I'd learned to read much, my aunt gave me a doll.  She asked me what I was going to call her (by 'she' I mean my aunt of course, my family may be bordering on 'horror film' but they haven't indulged in talking dolls yet). I said 'Amelia'.  This puzzled both mother and aunt, and I remember my mother asking me where I'd heard that name, because as far as she was concerned I'd never known anyone called 'Amelia'.  And do you know what my explanation was? 'The inside of her head smells 'Amelia'.

Yep.  Well, you know, the Horror Film thing starts early with us.


Now of course I know that this was synaesthesia (which is where things get mixed up in the brain, colours appear as numbers, smells are sounds, that sort of thing). I largely grew out of it, but I was reminded of it during the Doctor Who episode, because of the augmented human character, who's name was Si. At least, as soon as people started calling him Si it was almost as if his name popped up in big letters whenever it was said.  Which may be because I have a friend called Si.

Imagine, then, my shock and horror when the titles rolled and the character's name was revealed to be spelled as Psi! 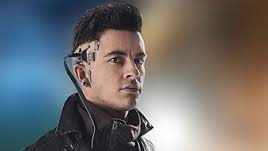 Augmented human. In case you were wondering.  And this made me wonder, briefly, in the dark, stilly watches of the night - is being a writer somehow linked to an ability, maybe even a lost one, to see images as words? Or images in words? Or to create words to fit sensory input?

Answers on a postcard...

And now I have another problem, of course, if, as I suspect, Psi becomes a companion to the Doctor.  On my left wrist I have a tattoo of the Greek letter Psi, and the letters psi underneath. 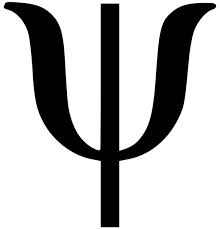 Okay, break it to me gently. I am going to look like the stalkiest stalker ever to walk the earth, aren't I?  It could only be worse if I'd had ADRIC tattooed across my forehead... (true horror, for all those Old Who fans out there...)

Talking of fan clubs, last night I was outside with my SO, gazing at the stars (not in a romantic way at all, you understand, more because we were watching the lasers from the fairground across the fields).  He decided (in his infinite wisdom, probably laser-invoked), that we should form a Brian Cox Fan Club, and came up with the title for it.  I absolutely refuse to have it printed on a t shirt, or indeed anything which might be worn in the vicinity of the 'Loveleh' Mr Cox. 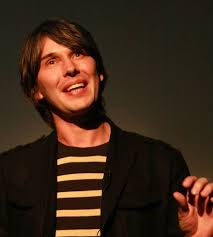 Things NOT to say to a writer...

This week, just a few little pointers to help make life for writers a little easier, whether you have a writer in your life, or just visit them when they are out in public.

1. "Why is the house such a mess? You've been at home all day, sitting in front of that computer - you could at least have hoovered."

SAY INSTEAD: "How many words have you written today? Well, 250 is quite a lot, more than I could..oh. Never mind, I expect they weren't right anyway. How about a takeaway and then I'll hoover while you think of some better words."

2.  "I've got a great idea for a book." (followed by lengthy story that isn't even a story-idea or an anecdote, more of an implausible rant)

3.  "How much money do you make, then? I bet it's thousands, that J K Rowling is a multi-billionaire, isn't she? Bet you've got a posh house, haven't you?"

SAY INSTEAD:  Nothing, at first. Just gently pat writer's shoulder, while s/he sobs. Offer food. Then, when tears are dry, say, "Let me buy your book. Actually, I'll take fifty copies, it looks like the sort of thing all my friends and family would enjoy. Don't worry, we'll all leave Amazon reviews..."

6. "I hear that (insert celebrity, usually known for either boobs/fake tan/stupidity/being all over media for no real reason) has just had their book turned into a film. Why don't you get your books made into a film?"

SAY INSTEAD: Nothing. Absolutely nothing. Just keep walking, quite quickly. Honestly. Writers can aim a shoe at the back of your head like nobody's business if you even begin to utter this sentence.

Writers are sensitive creatures, but if you love them and feed them well and leave them largely to their own devices, they will reward you with pages of notes about your bizarre behaviour and habits. And hardly ever bite you.