The End is Nye

Did anyone else see last week's 'Doctor Who'?  The one with the Dream Lord and the dying Tardis and all?  Brilliant, wasn't it?  Ah, I do love a good story, and Doctor Who, on a good day and with a good writer, can come up with some of the best story lines in the world.

Anyway, this is a blog about Doctor Who, because I wanted to use the title, and Simon Nye wrote 'Amy's Choice', the story of which I speak. So, anyone unfamiliar with said Doctor, or anyone who thinks it is a Programme Just for Kids, can come back next week when I shall have something pithy and witty to say about something we will definitely have in common.  Like chocolate or shoes or something.  But, for this week, those of you still with me will know where I'm coming from.

So, read on, good reader who also likes Doctor Who.  The rest of you, go away now.  Stop hanging round, peering over the fence all sad-eyed like puppies that have been shouted at.  I've told you, next blog will having something for you.  Go on!  And don't do that face!

Oh, all right, stay if you must.  Here, sit next to me and keep quiet.  And especially do not pipe up about Daleks.  There is more to Doctor Who than Daleks, as you will learn, good reader, if you pay attention.

I'm starting to like Matt Smith in a way I never thought possible.  Once the tears of little Davey T's departure had cleared from my eyes I thought, along with millions of other women, I could never love a Time Lord again.  Oh, Woe Was Us!  But as a replacement we got this leggy weirdo, with a face like plastic that's been out in the sun for too long, and hair like a badly-thatched seventeenth century pub.  And, oh, the wacky!  How I did not like the wacky!  But then some serious moments crept in.  And I found that Mister Smith of the  oddly-moulded face and the never-meeting knees had a wonderful way with the deep stillness of someone who has had Very Bad Things happen to him, and I was bowled over.  In a good way, obviously, and it's hard to be bowled over by a man whose legs look like they've been nailed on.

So I am once more entranced.  That's en-tranced, not like I've had a new door put in.  Enthralled, if you will.  And this week I got Silurians (hello, old enough to remember them first time round), and a lovely, low-key view of Future Wales (disused churches, orange trees in the front gardens and audio books as standard).  And the delectably runny Matt Smith being all cool and floppy.

And next time there will be shoes.  And maybe even bags as well.
Posted by Jane Lovering at 11:45 4 comments:

I got interviewed last week.  It was my own fault, I wasn't looking where I was going.  Listening to my own voice was enlightening - no, not enlightening, what's that other thing when your face goes all red?  Finding out that from the other side of my face my voice sounds like a cross between trailer-trash and Princess Anne was a bit of a shock.  To prepare yourselves, try saying "'oo you lookin' at, squire? You wanna punch inna mouf?" in a Cheltenham Ladies' College accent.

Anyway.  I negotiated the interview without making too much of a plonker of myself, I think.  Mostly thanks to the fragrant Stephanie who led me through the process without asking me any really hard questions like who was my favourite Doctor Who (Patrick Troughton, if you must know, but Matt Smith is coming up hard on the rails...oooerrr, missus, cold bath time, I think), or what is the square root of three.  The hardest bit was when she asked me why my book was called Reversing over Liberace and for one, horrible and very long, minute I couldn't remember.  I knew there was a good reason, but it escaped me.  So (as you will know if you listen and you better had because I will be coming round to your house later with questions) there was a moment of confuffulation while I tried to bluff my way around the answer before my brain actually retrieved the lost information.  But I think I got away with it by making the noise of a loud truck passing, stopping (I do particularly effective air-brakes) and then reversing, until I could remember.  I then went on to impersonate a seal, a Massey Fergusson tractor and a spotted woodpecker. 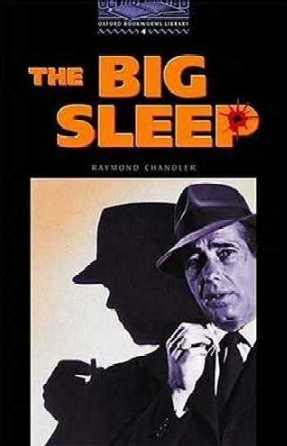 I don't think they'll ask me back.

However.  Onto the more important business.  Anyone who has friended me on Facebook will know that I am currently in the throes of an obsession with Vince Cable, the LibDem Secretary of State for Business, Innovation and Skills.  At least, that is what he tells people he is, but only I know his secret identity, as Vince Cable, Private Investigator.  He's got the hat and the coat with the turned-up collar, and he calls women 'dames', and he speaks in an American accent and smokes cigars.  Of these facts I am convinced, to the utter annoyance of everyone who swears that he is just a Member of Parliament, and any tendencies to impersonate Philip Marlowe are purely in my imagination.

This is not true, and I am working on proving it.

I just tried to describe the noise it makes when you do that thing, you know, when you flibble your lower lip with your finger while going 'errrrrr'.  It's surprisingly hard.  Like trying to describe the smell of cheese without resorting to the words 'feet' or 'unwell'.  You know, this writing lark is harder than it looks.

Take the smell of freshly dried laundry.  I think it smells of fresh air and sunshine, my husband swears it smells like off milk.  Now, one of us is clearly wrong (and he can't help it), but it made me think.  When I, as a writer, write a description of something, how many people out there are going 'nooooo!  You are so completely wrong! You are wronger than a very wrong thing on wrong day!'  I think we all know that the accepted sound of a ruler being pinged on a desk is 'bdddddrrrrrr' don't we?  But some people swear it goes 'thuddddpppp'.  Maybe we have a desk/ruler fabrication material problem, I mean, a wooden ruler on a wooden desk is going to have more of the 'bddrrrrr', but a plastic ruler on a metal-Formica table top might have a 'tzzzznnng' note to it.

But I don't intend to write passages that start out 'The ruler, which was made of a cheap wood, hit the metal-framed but plastic topped desk with a sound like an android being slapped'.  I write romances, and therefore I am generally not concerned with the particular construction materials used during the fabrication of articles of furniture - I want to use the ruler/desk sound without having to resort to passages which sound like I've been reading the IKEA catalogue.

So, I think that we should arrive at 'Standard Issue Sound Effects for Writers'.  Hence:

This Standardisation approach will simplify life both for the writer (who will have a consultatory document to aid in choice of sound effect, possibly with an add-on CD for extra assistance) and the reader (who can be directed to said document and/or CD in matters arising from an accusation of an improperly applied sound description).

I rest my case.  With a kind of 'hmmftttggg' sound, the case being leather and it being rested on a composite surface.
Posted by Jane Lovering at 14:28 4 comments: