The book previously known as 'Starman'....and Roget's Lizard. Do not feed locusts to penguins....

Had a wee bit of a crisisette this week, young fellow-me-followers, for the book to come after the book which is yet to come has had to have a Procedure...

The book of which I speak is the book which was known as Starman (the one about the astrophysicisiticst).  It was pointed out to me (at some distance, I may add, for I am truly a spectacle when I am angered, and it is wise to break such news to me by shouting it through the wire mesh which surrounds my enclosure whilst having a cattle prod handy)..

I prowled for a bit, and thought.  I may have disembowelled a postman, but I have no memory of this and they found his sack twenty miles and three counties away, so I'm going to go with 'no, I didn't'.  Then I perused my Roget's Thesaurus.  I've always wondered about that book.  I know that 'dinosaur' means 'terrible lizard', so why doesn't 'thesaurus' mean 'the lizards'?  I've gone through it and through it and there's hardly any mention of lizard or amphibian lifeforms, so it's a bit mis-titled if you ask me. 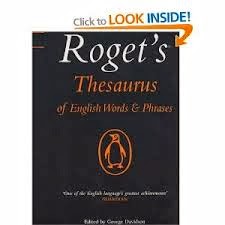 I suppose the give-away should have been the penguin on the front. Penguins are not lizards. How can you trust a book which doesn't even know what a lizard is? 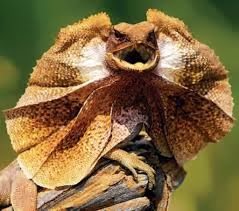 That, Roget, is a lizard...That is what you want on the front of your book, because otherwise people, ie me, are going to come to all sorts of misunderstandings, like trying to feed penguins on locusts, or expecting them to change colour, or something.

Anyway. Where were we?  Ah, yes. Well, after I'd paced and perused, I hit on a new title.  Which is now up at the Choc Lit site, together with the blurb, should you care to flip over there and have a little look-see.  It's here.  We don't have a cover yet, but when we do, you will be among the first to know!

Oh, the new title?  It's 'How I Wonder What You Are'... which is very appropriate. You'll find out how appropriate when you read the book...

Forthcoming Vampires, future books, Tony Robinson and my Spoon of the Day!

So.  I've sent off what should be the final edits for 'Falling Apart'! Which is good, because it's out in June and I had visions of having to sit up until midnight on 31 May still tiddling with my timelines (it's all right, that's a real thing, not something that should come in a plain brown wrapper).  And now I can get further stuck into 'I Don't Want to Talk About It', which is the book I'm hoping to submit later this year - which will, if accepted, come out some time in 2015, but because this is a two-book year, with Starman scheduled to come out in December 2014, there will be more edits to do for that before I get IDWTTAI finished.

Are you keeping up?  Good.

Because then, whilst working on the edits for the end of 2014 and the hopeful book for 2015, I am starting research for a book about an archaeologist (no, it's not based on Tony Robinson...oh dear, now I feel the need for a gratuitous picture.. 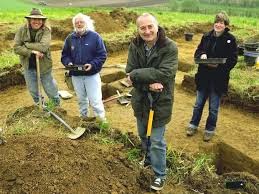 ...ah, that's better), which will be the book after the book I write after IDWTTAI, which is called 'Crush' and has birds in it. That would be my 2016 book, all being well, which makes the archaeology 2017. And somewhere, in between all these, I have to finish my Vampire Trilogy...

And people tell me I'm no good at forward planning!  To be honest I'm not. I mean, I struggle to book train tickets a fortnight before I have to go somewhere, and I'm not even much good at switching on the electric blanket in time to warm up my bed. But when it comes to books I am a veritable demon with the diary.  You see, that is one of the problems of being a writer...forward planning.  There are lots of others, of course, an increase in bottom-size, the complete inability to take a day off, a relentless interest in things so bizarre and random that it invokes cries of 'WHAT?!' in susceptible onlookers, but mostly it's the forward planning. That and the spoons.

So, anyway, the main reason I'm telling you all this, is so that you can ask me what might be termed 'pertinent questions', such as 'how is the archaeological research coming along, Jane?' Thus neatly reminding me of what the hell I am supposed to be doing and forcing me to put down my spoon du jour and finally pay attention to my writing. 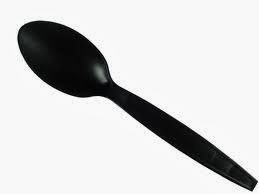 in case you were wondering.

Posted by Jane Lovering at 13:15 No comments:

Self confessed Housework Atheist in not-at-all scary haunting drama. Possibly. Or physics, something like that. Plus Tony Robinson, just because...

I read the Fortean Times.  I just feel I should confess that first, before I ask for your opinions here. I am what might be best described as a 'sceptical believer'.  Well, I'm lots of other things too, ie, devoted Tony Robinson and David Mitchell fan; collector of, now I come to think of it not-unconnected Restraining Orders, biscuit-lover and Housework Atheist. But recently I have been suffering from an outbreak of...well, slight oddness.  And, I hope you will all appreciate, for something to rate as 'odd' in this house means that it must be off the oddness-scale in most places.


And yesterday the oddness (which has so far limited itself to random appearances of safety pins, although I would like the Case of the Vanishing Scissors which occurred several years ago to be taken into account) manifested itself in the 'Sudden Popping Off of the Lid to the Olive Oil, which then Flew Straight Up and Landed on the Stove Top'. Which, now I come to think of it, is probably not going to catch on as a title. There I was, reading a magazine whilst boiling potatoes (see above re Housework Atheism. I don't mind other people believing in Housework as long as they don't become evangelical about it, I just don't believe in it myself), when there was a 'popping' noise. Exactly the same noise as you can make with your finger if you stick it in your mouth inside your cheek and then sort of swipe it out. I haven't done that for years but I just tried it...

I can now envisage all the readers of this blog doing that very thing. It is amusing, so do carry on...

I looked around, or rather, up from the thing I was reading and found that the lid from the olive oil bottle, which is practically empty but, in the spirit of never throwing anything away whilst there is still a layer of molecules in the bottom, is sitting on the worktop, had come off and landed on the hob, in front of the boiling potatoes.  I laughed for about five minutes and just wish that someone else had been there with me to appreciate the sheer ridiculousness of it.

There is probably a reason, related to Physics, why this happened, because otherwise I've got the world's most ignored poltergeist, (just as I typed that, everything fell off the radiator in front of me. I laughed at that, too).  I don't at all mind being haunted, if such a thing exists, and I am quite grateful for the safety pins, but I would quite like those scissors back.....
Posted by Jane Lovering at 13:19 3 comments:

News about New Books! Don't worry, they both contain biscuits...

You may, being the perspicacious little devils that I know you to be, have seen my recent announcement that I have another book now signed for with Choc Lit, 'Starman'.

Because I don't wish you to become over-excited (the window still rattles from the last time, plus that stain that you assured me would come out with bleach won't. And I've scrubbed really hard.  Well, no, I haven't, because you know my approach to housework, but someone did. Well, I say someone, really we tied a brush to the dog and made him run backwards and forwards, but it's the same thing), I shall just give you a few little tit-bits of information about Starman, and then you can go back to your state of high anticipation for Falling Apart, which is my zombie book out in June.

In case you had forgotten, Falling Apart follows the story of Sil (who's a vampire) and Jess (who's..well, human. Ish. Look, she likes biscuits and thinks computers are run by 'magic and kittens', keeps laddering her tights and has a watchful eye out for shoes on sale in Next, so she's human enough for me)  and their relationship, now with added zombie and a lot of angst. If you're a fan of Liam, her sidekick, then he's there too, getting a bit bossy occasionally, and then there's Zan who is even more OCD than he was in the first book 'Vampire State of Mind'.

Can I stop now?  All this self-publicising is tiring, and my finger hurts.  Anyway, I consider that I've whetted your appetite sufficiently for the forthcoming book, so can I tell you a bit about Starman now?  Hopefully that will be out in December, so 2014 will contain a double-dose of me!  Oh, the excitement! The over-stimulation!  And hopefully you will feel some of this too!

Starman is about an astrophysicist called Phinneas Baxter (PhD, he's quite sensitive about that) who comes to a village in the North York Moors to live in a house with no electricity, no running water and mice. Our heroine is Molly Gilchrist, a journalist for a walking magazine (as she explains 'that's a magazine about walking, not a magazine that wanders around'). Molly lives in a house by the river and owns a horse called Stan, which is a problem for Phinn, who is a bit phobic about both water and horses...

Oh, there's a lot more stuff, like snow and septic tanks and too much alcohol; relationships lost, thrown away or just plain betrayed and there's even a garden gnome. It's basically 'Watch the Skies' with a little bit of 'Trust No-One' in there...

I hope you'll enjoy it.  Oh, and yes, before you ask, there's also a phenomenal number of biscuits. Mostly custard creams, now I come to think of it...