That's better.  Now, where was I?  Ah, yes.  Christmas.  Hope you all had a jolly.  Er.  Merry. That's it, merry.  Merry Thingmas.  With tinsel.  And pudding.  And drink.  Oh dear, yes, much drink.  Started drinking Christmas morning, drowning... now what was it?  Thing like sparrows... Ducks?  No, sorrows, yes, that was it, sorrows.  Doesn't, as it turns out, take much alcohol to drown ducks...sorry, sorrows.  So, once they'd gone down for third time, carried on drinking.  Christmas tree looks better after several drinks.  Not so lopsided, although I fell over twice.  Tinsel also very very shiny after drink. Took tinsel down, ow head. 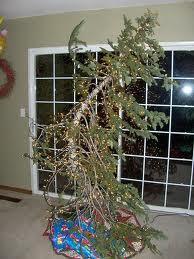 So.  Christmas, yes.  Hope you all had one.  Talking of which, I'll just pour myself another small one... 'scuse me a second... Oh.  Bugger.  Now see what's happened?  Gone all over the place and I'll have to lick the lino again.  That pattern seriously scary.  Some of it not really pattern but peas that got trodden on, during Great Sprout Panic, but impossible to tell until actually swallowing.

Anyway.  Where was I?  No, seriously, have forgotten where was.  Where am, in fact.  Place looks familiar... could be home but home not smell of old gin...

Well.  Must dash now, off licence only open two more hours.  Just popped by to wish you, you know, merry thing, and happy New...err...other thing. 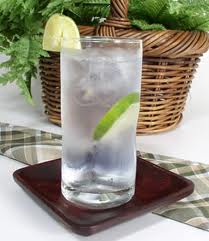 MERRY CHRISTMAS to you all, my lovely, lovely blog readers... I love you all, I really dooooo... Hic.
Posted by Jane Lovering at 20:27 1 comment:

Tips for surviving Christmas - The Bacon of Disguise... lost batteries, and hoping that no-one has to wear a bin liner this year.

All right, now I don't want to alarm anyone here, so if you are of a nervous disposition you may wish to cover your head with a blanket for this bit.

IT IS ONLY A WEEK UNTIL CHRISTMAS!!!

Yes, that's right, a mere seven days separate us from the howling festival of panic that is Christmas day.  You know, that day when the dog eats three rolls of sellotape and a metre of tinsel and spends the morning doing gift-wrapped vomits behind the sofa; the cat manages to eat a large chunk of the turkey you left in that supposedly secure cupboard to defrost and you have to perform origami with bacon to disguise the teethmarks; several children eat so much chocolate that they regard your lovingly prepared and cooked dinner with cries of revulsion (and you only have to hope that it's because of all the chocolate and not because they've seen beyond the Bacon of Disguise); all available batteries fall down between the sofa cushions into the Land that Lies Beyond and are never seen again, meaning that you sit and look at all those wonderful new (battery operated) devices you were given and make 'brrm brrmm' noises as you try to work out what they are for; it rains, and the wonderful family walk you go on to work up an appetite for Christmas dinner is blighted by the lack of wellington boots and coats and the smallest child has to go out wearing slippers and a bin liner, whilst you wear riding boots and your smart coat and are mistaken for a Cossack.

So, as you increasingly desperately wrap the presents you bought in a feverish panic last weekend whilst trying to remember whether your mother in law is the one who is almost fetishistic about almonds or the one who is so severely allergic to nuts that she can't even sniff a Snickers bar without being confined to bed, and worry about whether the Frankie Boyle DVD was the best present for that rather prissy family down the road, and why the cat is being so quiet in the kitchen - just remember to relax, enjoy yourself, and, if all else fails, drink an entire bottle of Baileys and join the dog behind the sofa.

And if you need additional things to take your mind off Christmas, then go over and read the Choc Lit Blog where, from 19th December, you will be able to find out about Choc Lit authors Christmasses.  Although I don't think any of them mention the Bacon of Disguise.  But I bet they all know what it is... 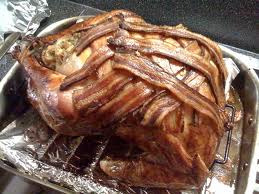 Covering the work of a very diligent cat.  Come on, you've all done it...
Posted by Jane Lovering at 13:43 2 comments:

Vampires. Yes, honestly, vampires. And news about my next book. And liver flukes, but you can avert your eyes for that bit.

Now, those of you of a sensitive disposition (and there must be one of you, at least, you can't all be snorty killers and laughers at Bambi) may wish to look away now, for I want to talk to you about a subject currently close to my heart.

Yep, I've been very busy on the vampire front lately - and no, being busy on the vampire front does not mean licking the chest of the bloke that played that twinkly thing in those films about an oppressed schoolgirl and her really really old boyfriend. Sadly.  No.  My busyness had been all part of my new novel (due out this Summer, vampire fans!) which is....(drum roll.  No, that wasn't a drum roll, that was my stomach rumbling, here it comes....brrrrrrdddrrrrrrr)... about vampires!

But vampires as you've probably never considered them before.  Unless you have.  My vampires are humans which have been infected with a demon, in a kind of parasitic way.  Yes, like liver fluke.  Or fleas.  Only bigger.  Unless it is a really BIG liver fluke.

Which means that my vampires can go out in the daylight and all the things that a person can do, because just being infected doesn't stop all the normal human processes.  Even sheep with liver flukes can still see themselves in mirrors, you know.  They might not know what they were looking at, but they could still do it.  If they wanted to.

But, like most parasites, the demons confer some advantages on to their hosts.  So my vampires live a long time, are strong and fast and very well dressed.  So, in that respect, not much like liver flukes, because being infected with liver fluke rarely causes sheep (for example) to wish to dash into Prada and buy an impeccable suit. 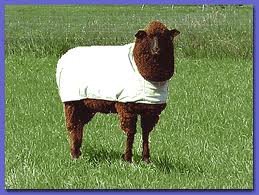 This is as close as they get.  Sheep have no innate style, you see.  Although, to be fair, this sheep probably doesn't have a liver fluke and therefore believes itself to be well dressed.

So.  My vampires are stylish, good looking, strong, fast and only a little bit given to posing.  And my hero is a vampire.  My heroine isn't. And, because neither is she an oppressed schoolgirl given to lusting after sparkly lunatics who are going to outlive her by a factor of ten, she regards vampires with deep suspicion and rather a large helping of sneer at their desire to wear designer suits all the time.  Unlike Buffy, she doesn't necessarily want to kill them, but she is prepared to punch them quite hard if they come over all fangy in her presence.

So, now I've whet your appetites, I have to go off and lick another ches...I mean, get busy on the vampire front again.

Remember.  A vampire is for several lifetimes, not just for Christmas.

So are liver flukes, incidentally.
Posted by Jane Lovering at 12:55 8 comments:

Mice. What EXACTLY are they up to?

You know that saying, the one about the best laid plans of mice and men?  Oh good, you do.  Only that bothers me.  Why on earth do mice need to plan?  What are they planning?

I've always suspected cats of having an agenda, I mean, those whiskery faces are just designed for putting together a good plot, cover story and eventual disassociation with all those caught.  But what on earth can mice have to plan?  I know cheese doesn't steal itself but it's hardly a lifetime's work. 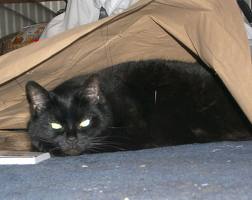 A natural-born plotter and conspiracy-theorist.  Born to 'mwhahahahahhaha!' 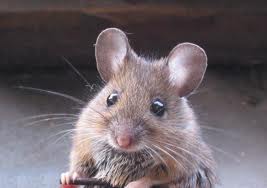 Barely even knows own name or whereabouts of cheeseboard.

So why did Robbie Burns write about the plans of mice?  What did he know? And now he's dead.  Well not now, obviously, I mean it happened a long time ago, but isn't that just a way of deflecting suspicion?  How, exactly, did he die and did anyone see the body? 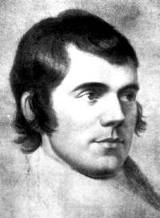 Did the mice have a hand in his death?  Did he have to die in order that their plans went undiscovered? And, given that he's been dead some two hundred and fifteen years give or take a shilling, and that is about ninety thousand mouse-generations, does no-one think that it might be about now that their plans are coming to fruition? 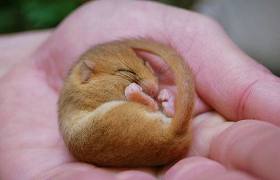 Yeah, you think it looks cute now, you wait until it's coming at you with an Uzi and four tonnes of plastic explosive, demanding that you open the safe.  They're financing the operation somehow...

And, now you come to mention it, I've never trusted rabbits either.
Posted by Jane Lovering at 19:44 2 comments: